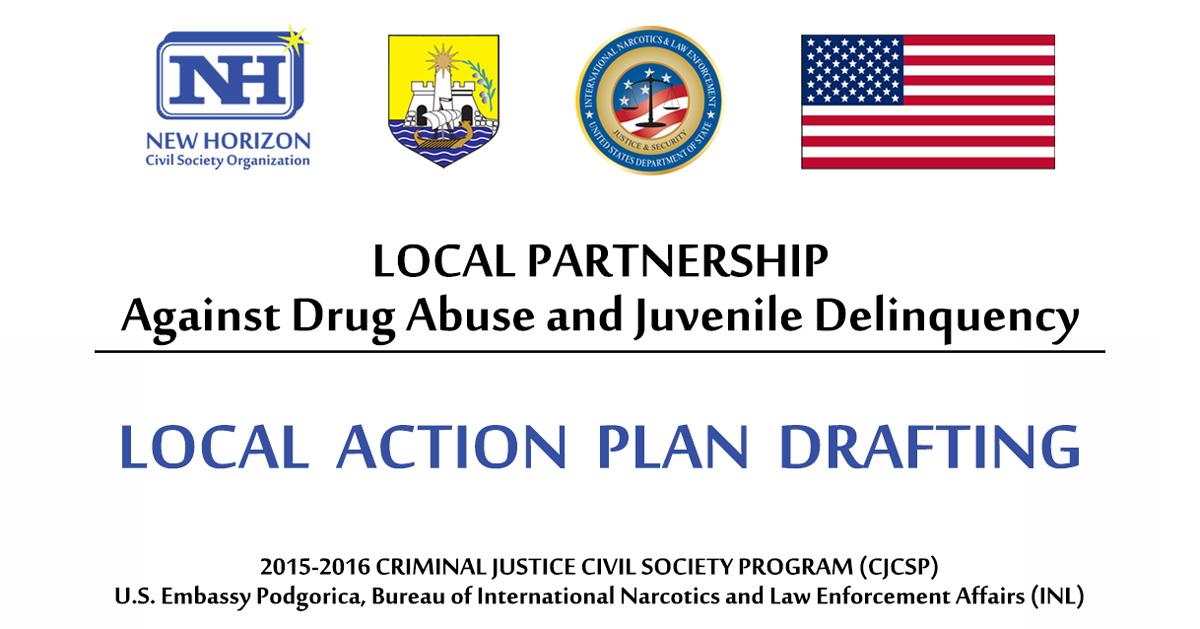 On 30 August 2016, we organized a seminar on the drafting of Local Action Plan for the prevention of addiction diseases. This event gathered representatives of all relevant institutions operating at local level; who also constitute the network of local partners in overcoming drug addiction and juvenile delinquency.

The seminar was opened by the mayor of Ulcinj Mr. Nazif Cungu, who felicitated the work of all entities involved in the project: and promised his support on upcoming initiatives and project aimed at creating a healthy environment for the youth of Ulcinj.

Besides the functionaries and officials of local government; State Prosecutor executives and The Office of Police in Ulcinj; representatives of the Basic Court in Ulcinj, Center for Social Work, The Hospital, educational institutions, TV Teuta, civil society professionals, peer educators in the field of drug prevention and others, provided a valuable contribution in drafting this project.

This activity marked the final stage of a yearlong project called “Local Partnership against Drug Abuse and Juvenile Delinquency”; that New Horizon realized with the support of the US Embassy in Podgorica, through the Bureau of International Narcotics and Law Enforcement affairs.